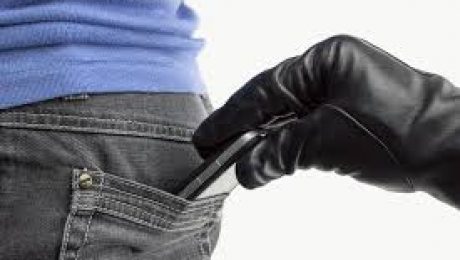 Deploying of Kill Switch button would make pointless   the theft of smartphones .
U.S. consumers spend a year at $ 1.1 billion for  purchase of new smartphones caused by theft or loss

The implementation of the so-called. “Click of death” (Kill Switch) in smartphones will save the holders of smart devices billions of dollars a year, estimated  experts from Creighton University in Omaha, Nebraska.

At the insistence of the trade organization CTIA, as of July 2015, all smartphones have to have this software by which the owners of lost or stolen devices can remotely delete personal information and make the device inoperable.
Creighton researchers have calculated that in the United States annually consumers spend about $ 1.1 billion for the purchase of new smartphones caused by theft or loss. These costs can be avoided after the implementation of the function  Kill Switch which will make the phone unusable for other persons.

Moreover, Americans annually spend huge amounts for insurance on their mobile devices. According to the study, the total insurance amount is $ 5.5 billion. The Expectations are that the  “button of death” will reduce this cost to $ 2.3 billion annually.